Typically, things that emerge from a basement aren’t celebrated with donuts and highlight reels. But ScoutComms has always prided ourselves on breaking the mold and forging our own way in the public affairs space. This year, we celebrate six years in business after starting in our CEO Fred Wellman’s basement and growing into a #ScoutSquad in our own office space in historic downtown Fredericksburg. We have grown every year we’ve been in business—just like you’d expect a basement creature to do—so expect the first skyscraper in Fredericksburg to be ScoutComms-branded a few years from now.

Here’s a look back on how far we’ve come, year by year:

On November 17, 2010, Fred officially became a founder when he filed the paperwork to create ScoutComms. The idea was to be the expert in defense, military and veterans issues. It wasn’t glamorous in the first days of ScoutComms, with much of the work done from Fred’s basement or his couch. Some of our early work was conducted in partnership with Edelman, and our first veterans focused client was The Home Depot Foundation. We’re proud to still work with THDF today.

Year two:
Our first move came when we left Fred’s basement up to his dining room as ScoutComms really started picking up steam in year 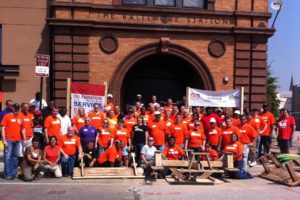 two. Fred ran into Lauren Jenkins at several DC events, and eventually she joined our company as Fred saw her deep experience in the nonprofit space was needed on the team. Lauren now serves as a Vice President and leads a lot of our nonprofit work.

During our second year, we were also awarded two Silver Anvils for our work with The Home Depot Foundation and MSLGROUP; these awards are some of the most coveted in the public relations industry.

Year three:
In ScoutComms’ third year, the team made the conscious decision to drop our defense practice and focus solely on initiatives 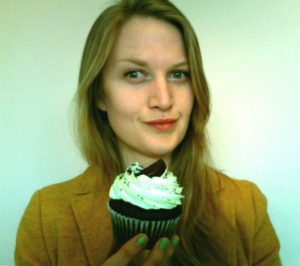 supporting veterans and military families. This is the year that Fred grew a beard, Lauren took our first-ever birthday cupcake photo, and we were named ‘Best Place to Work’ and ‘Entrepreneur of the Year’ for businesses with less than 25 employees by the Stafford Economic Development Authority.

Year four:
Starting our fourth year off strong, we moved to our very first official office in a historic mansion on 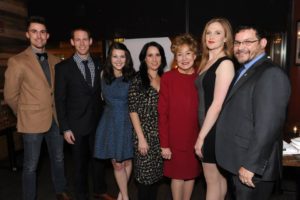 Princess Anne Street in downtown Fredericksburg. At first, we shared the space with the skincare business of Fred’s wife Crystal, but eventually we took over the floor of the historic building.

Both Margaret and Brian joined our team this year. Margaret, an Army brat, came to us from Syracuse University, and Brian, a Navy Reservist, joined us with eight years of experience in policy and public relations. During Brian’s very first week of work, we all got to hang out with Gary Sinise as his escorts at the Association of the United States Army Annual Meeting and Exposition for a client project.

We also kicked off our internship program with our very first intern, Gabe Fisher, the U.S. Small Business Administration’s recognized Fred as Virginia’s Veteran Business Champion of the Year, we started eating a lot of donuts, and we became an officially registered Benefit Corporation.

We also hosted our very first #ScoutSocial, which we were told was a major hit although its still a little hazy for many of us. (Don’t worry folks – just a couple of months until our next one!)

Year five:
Year five was a big one for us. We expanded our internship program and hosted two summer interns, Lizzie Archer and Ashley 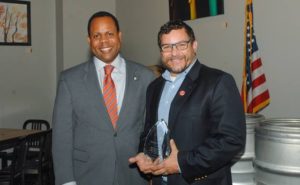 Cherry from Christopher Newport University, who helped with many projects. We worked on our B Corp certification for months and were finally certified as an official B Corp with a score of 116.

In the fall, we welcomed Jeff Goonan to our team as an intern, and later hired him as an account executive when he graduated from Virginia Commonwealth University.

Year six:
This year has been without a doubt our biggest year for growth. Our client base doubled, our revenue increased by a stunning 81 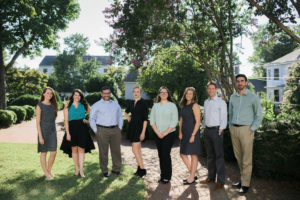 percent, and we added three new full-time members to our team: Allison, Danielle, and Kirstie. We were also thrilled to have a real college basketball star, Christopher Newport University’s Tim Daly, join our team as our summer intern (Go Captains!).

Be The Change Media recognized our team as a Best for the World B Corp, for creating the most positive overall community impact. This recognition put us in the top 10 percent of all global Certified B Corporations.

Margaret’s hard work helping build ScoutComms was recognized by PR News this year as well, which named her one of the nation’s Rising PR Stars 30 & Under!

After years of gradual growth, this was the year when everything seemed to click, and ScoutComms experienced not just growth in numbers, but also matured as a company.

What’s next?
As we move into our seventh year of business, we have a lot to look forward to. Next week, we’ll move to a new, larger office in downtown Fredericksburg. This time, we’re taking over an entire building. We’ll eat more donuts than ever.

Most of all, we’ll keep doing what we do best, empowering our nation’s veterans and military families, and those that support them.