It’s been a whirlwind couple of weeks in D.C. as Veterans Service Organizations, including ScoutComms clients Student Veterans of America and the Military Order of the Purple Heart, testified on their legislative priorities and the Trump Administration issued its budget. Meanwhile, DoD pushed out the new directive on transgender service essentially banning them from service but saying it’s totally not a ban even though everyone knows it’s a ban. Don’t even get us started about the “outrage’ over the purchase of lobster for the troops! In short, silly season is upon us and we have all the news and analysis you need right here. 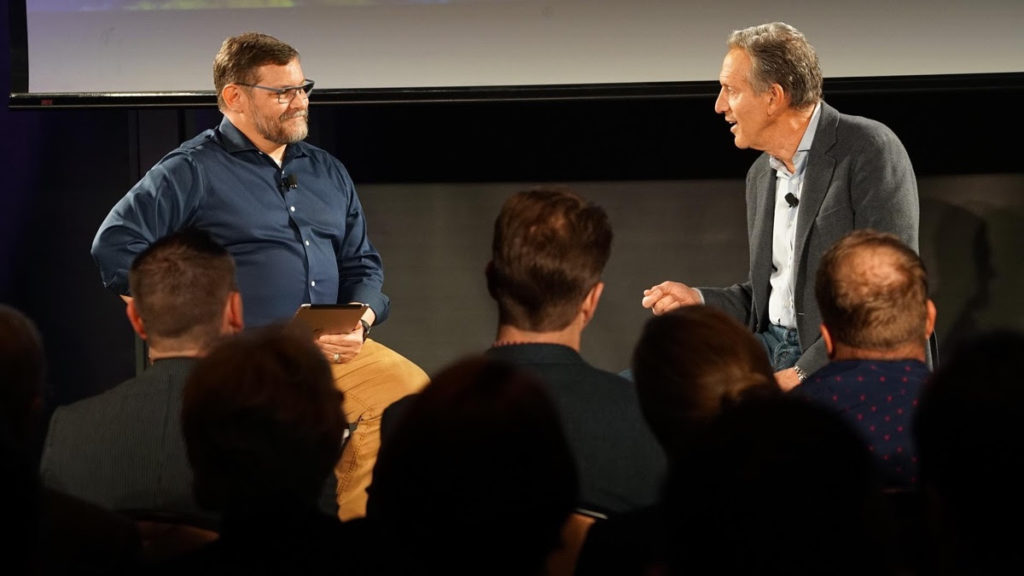 For years we have heard about the challenges that women face getting medical care at Department of Veterans Affairs facilities due to their relatively low numbers and the actual physical limitations of the hospitals and clinics. Progress is actually being made across most of the system just as more and more women join the ranks of the military and veterans. They are one of the fastest growing categories of veterans and now the VA finds itself battling a larger veterans culture of sexism and inappropriate behavior among its own patient population. Women describe being looked up and down by men just waiting in line and catcalled simply walking in the door. Stories linger of being asked if they were with their husband or denied simple things like free coffee because it’s “for the vets”. It’s one thing to be angry at a government agency but we also must put our foot down among the veterans community and our culture. If you want to see insanity online, chime in about toxic masculinity on a veterans discussion, yet we are treating fellow veterans like dirt with this behavior when those same angry men would fight someone if it was a brother being crapped on. It’s encouraging to see the campaign at the Jesse Brown VA Medical Center in Chicago that is aimed right at male veterans with name tags that say “my name is not Hey Baby”. This situation is another example of how new policies to make change won’t work without concerted and directed advocacy and communications to back them up. Strong messages can open eyes and they are needed to be opened now.  – Fred Wellman, CEO and Founder of ScoutComms

The new Pentagon transgender policy–finally unleashed due to the conclusion of an array of court cases–is a political move that has no foundation in fact or reality. Despite the positive spin that supporters are trying to put on it, there is really nothing about it that distinguishes it from Don’t Ask Don’t Tell in forcing a subset of the military population to behave and live in a way that might run counter to who they are. The new policy also significantly raises the barrier for future transgender recruits to join the military at a time when some services are desperate to meet recruiting goals. The fact is that the military and the experts (particularly RAND Corporation) have made it clear repeatedly that they are not worried by or overburdened by the inclusion, acceptance and possible transition treatment of the ten thousand-plus transgender Americans currently serving. And leading medical experts, including the American Medical Association, have explicitly said that the condition of gender dysphoria should not be viewed as a disqualification to service. The military is essentially rolling back the rights of transgender Americans despite no evidence that the advances made during the previous Administration were having a negative impact on military readiness or national security. This is crass partisan politics, nothing more or less, and I hope that in the near future we will talk of this new policy in the past tense. – Brian Wagner, COO of ScoutComms

Tamara Campbell was relentlessly abused by now ex-husband and former Marine, Bradley Darlington. After being convicted on multiple charges, including the theft and selling of military property and selling of prescription drugs while on active duty, he was sentenced to 11 years in prison; however, the judge suspended the confinement beyond five years if Darlington maintained good behavior. During his incarceration, he repeatedly contacted Campbell, making illicit and threatening statements, directly violating the military protective order in place. Now, after serving just over four years, he is being released – nine months prior to his already adjusted sentence. Campbell is calling this a “slap on the wrist” by the Marine Corps.

Veterans service organizations have met with lawmakers in hearings before joint meetings of the Senate and Veterans Affairs Committees to discuss legislative priorities for the veteran community this year. Among those are the implementation of the Mission Act, which serves as a replacement to VA Choice, suicide prevention, mental healthcare, education, improved healthcare for women veterans and addressing toxic exposures like burn pits.

This soldier’s son will receive his Medal of Honor this month
Army Times, Meghann Myers (@MeghannReports)

Staff Sgt. Travis Atkins demonstrated heroic actions in Iraq in 2007 by sacrificing himself to tackle a suicide bomber—saving the lives of three of his teammates. His son, Trevor, will accept the Medal of Honor on his behalf at a White House ceremony on March 27.

President Trump is proposing an increase in VA spending for fiscal year 2020, but some veteran groups are concerned that funds will be directed toward programs intended to privatize veterans healthcare. VA Secretary Robert Wilkie says the increase is the budget increase positions the department “as the premier provider for veterans’ services and benefits.”

Despite the suicide rate of young veterans garnering much national attention, the VA National Suicide Data Report, published in 2018, reveals that older veterans 55 to 74 years old suffer the largest number of suicides. The VA is focusing its efforts on getting suicidal veterans into clinics, but Colin Depp, a psychologist at the San Diego VA admits: “We’re not very far ahead in understanding who’s out there, who’s really likely to take their lives in the next hours, days, months.”

The Mission Continues President and veteran advocate, Spencer Kympton will depart at the end of July, and has selected Mary Beth Bruggeman, VP, Program Strategy to succeed him.

Client Military Order of the Purple Heart’s Legislative Director Aleks Morosky says, “this is the kind of mistakes that just can’t happen” in regard to a veteran who passed away from a 10-month late lung cancer diagnosis. The VA has now pledged to make new systematic changes by April 1, 2019.