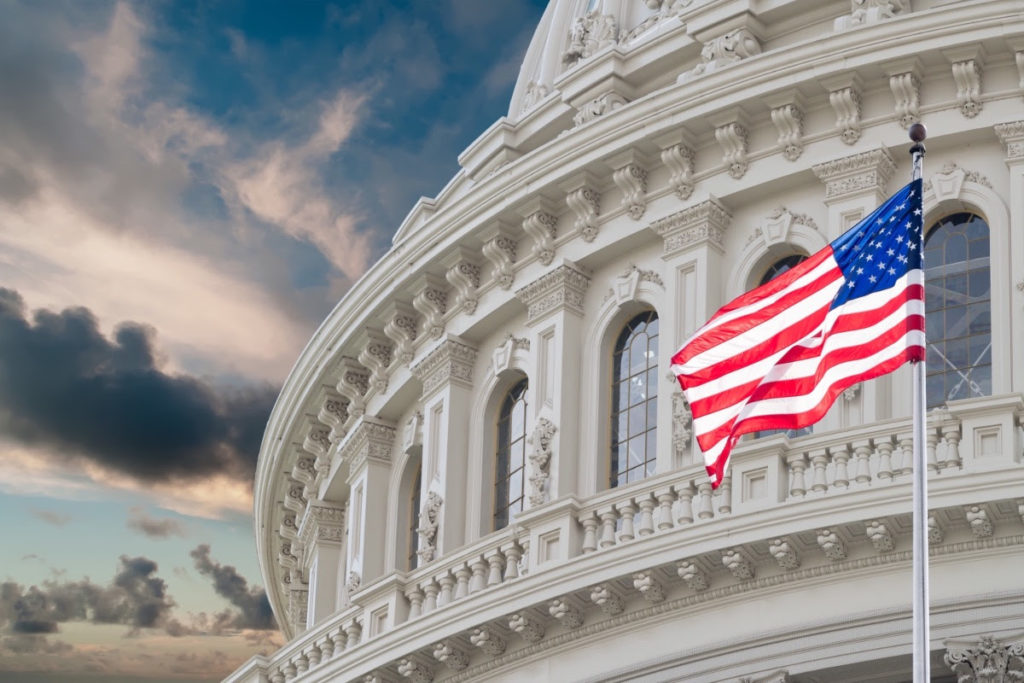 Luckily it’s been a really slow news week in D.C. so there is plenty of military and veterans stories top of mind for everyone. Of course, that’s only true if you remember that Robert Mueller is a Marine veteran of Vietnam so you can count that as something to track. Regardless, it has been interesting, but I’m happy to congratulate my friend, and year group colleague of the Naval Academy, Jim Byrne on his formal nomination to become the Deputy Secretary of the VA this week. Jim has been serving as the Acting DepSec for many months and has previously served as the General Counsel for VA, as well. We wish him the best of luck in this new job during a challenging time for the agency and our veterans. – Fred

Military social media got lit up this week when it was reported on Monday that Immigration and Customs Enforcement agents had arrested and deported the surviving spouse of a soldier killed in Afghanistan and leaving their 12-year-old daughter without either parent in Arizona. Jose Gonzalez Carranza was married to Army Pfc. Barbara Vieyra, who was killed on Sept. 18, 2010. Gonzalez Carranza came to the U.S. illegally as a teenager and married Vieyra in 2007. He was under a court order not to be deported after his wife was killed by ICE petitioned the court to reopen proceedings against him in 2018 in spite of knowing he was the caregiver for a Gold Star child and not having a criminal record. After reports blew up in the news about his deportation, he was allowed to return without explanation from ICE and has been reunited with his daughter. This story is another in a long line of recent ones about veterans, military spouses and others all being picked up deported in a nationwide crackdown on any undocumented immigrants under the current Administration. Anyone understands that entering the country illegally is wrong, but it’s painful to see specific targeting of those who have adopted the nation and sacrificed for it to be singled out and kicked out to places many of have never known. In a country that has less than 1% serving and less than a third can even qualify to join the military at all, shouldn’t we be looking at ways to help those who want to serve, and support those who have lost a loved one instead of hurting their families even more? Gold Star families have given the ultimate to our nation common sense we need to give them something back. – Fred Wellman, Founder and CEO of ScoutComms

Nothing positive for veterans will come of the Department of Education’s plans to reduce oversight of for-profit colleges that—whatever their general educational merits—have clearly built business models that benefit from creating a large pipeline of veterans with GI Bill benefits. And no matter the flaws with the Obama Administration’s policies to punish offending schools, the policies were clearly intended to protect veterans and encourage for-profit educational institutions to focus on the wellbeing of their students, not just on their bottom line. No such argument can be made about Secretary Betsy Devos’ efforts to overturn Obama-era rules. The end result of such a reversal will be more veterans fleeced by institutions that don’t look out for their interests, and more federal dollars flowing to institutions that while ostensibly for-profit, are in fact massively subsidized by taxpayer dollars. Our friends at Veterans Education Success, as well as our client Student Veterans of America, have been tireless advocates for veterans in the education system. Through years of supporting and advocating for student veterans, they have learned to recognize bad actors when they see them, which is why leaders from the two organizations teamed up earlier this year to decry these proposed reversals in a must-read New York Times op-ed. It is not surprising that Devos, a long-time school choice advocate who has hired a number of former leaders in the for-profit education sector to work for her at the department, would take this path. But her actions are not in line with the avowed commitment of the Trump Administration to do more for veterans than any previous administration. A course correction is needed to protect veterans and to promote high-quality educational experiences in the country. – Brian Wagner, COO of ScoutComms

Last week, Syracuse University’s Institute for Veterans and Military Families (IVMF) and the Maxwell School announced a new training program called Veterans in Politics (VIP). The VIP program is kicking off later in the year for veterans and military family members who are interested in public office or administration, giving them all the details to run for office at the state, local and federal levels.

The Department of Veterans Affairs outlined a set of 12 recommendations last month for embracing veteran caregivers’ roles in healthcare, which supporters say will guarantee their presence in check-ups, allow for new training and look further into their challenges. According to VA officials, the new plans will be implemented over the next year.

Following a January report stating that the Pentagon’s military academies had a nearly 50 percent increase of sexual assault incidents, a panel of senior Pentagon officials, named the Sexual Assault Accountability and Investigation Task Force (SAAITF), is working to reform and improve the military judicial process to ensure confidence of service members. In a March 27 memo to establish the panel, acting Defense Secretary Pat Shanahan wrote, “I am resolved that we will do all we can as a department to address sexual assault in our military. I pledged to do more, and I intend to carry out this commitment.”

Veteran Tickets Foundation (Vet Tix) provides event tickets to all branches of currently serving military, including Guard and Reserve, veterans of all eras, military families and caregivers. Over the past 11 years, Vet Tix has distributed almost 6,500,000 tickets to over one million members, giving them the opportunity to spend time at events with their family, friends and fellow service members. Vet Tix Chief Strategy Officer Steve Weintraub said, “It’s a sacrifice. So when you come home, it’s a way to send these families to an event … as a way to make up for lost time, rebuild relationships and for a couple hours a day to take your mind off the daily stresses of life.”