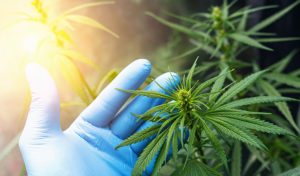 It is unclear just how many veterans currently use medical cannabis. Demographics generalizable to the entire veteran population are difficult to obtain, due in part to federal restrictions preventing the Department of Veterans Affairs from conducting clinical trials into outcomes of its use. However, a 2017 national poll reveals that an overwhelming majority of American voters oppose government enforcement of federal laws against marijuana in states that have legalized medical or recreational marijuana. Additionally, public opinion polls reveal that a high percentage of veterans and family members support research into medical cannabis and believe the federal government should legalize the drug for medical use. In a 2019 member survey conducted by the Iraq and Afghanistan Veterans of America (IAVA), an overwhelming majority of respondents support the legal use of medical marijuana if their doctor prescribes it. According to a poll conducted by the American Legion, 88% of self identified conservatives and 90% of self identified liberals support federal legalized medical cannabis, revealing this to be a rare issue with deep levels of bipartisan support. What then, are the barriers to increasing veterans’ access to medical cannabis? With recently increased pressure on the VA from advocacy groups over the issues of research into and access to the drug, ScoutInsight wanted to find out more.

The biggest barrier for veterans accessing medical marijuana under specialized guidance from VHA health practitioners, is that marijuana is considered a Schedule 1 Drug by the Food and Drug Administration. Schedule I drugs, substances or chemicals are defined as drugs with no currently accepted medical use and a high potential for abuse. This federal classification makes conducting a randomized controlled trial on the medical benefits of marijuana use within the VA extremely difficult. Significant research has been done on the intervention from outside institutions. A recent Military Times article noted that Dr. Kelly Ennix King, a physician licensed to prescribe medical cannabis, said about 40% of her patients are veterans. This is a common trend as a growing number of veterans are looking to use medical cannabis as a viable treatment alternative to prescription drugs. Three dozen states have legalized the use of medical cannabis, and state legislators consider new marijuana regulation bills every week. However, veterans seeking treatment through the Veterans Health Administration (VHA) and looking to access medical cannabis still face extensive barriers in obtaining it under the guidance of their VA physicians even in states where it’s fully legalized. This is largely due to misalignment of federal and state policies prohibiting VA medical practitioners from prescribing or recommending medical cannabis as part of patients’ VHA treatment plans.

According to VHA Directive 1315 published in December 2017, clinical providers are permitted to discuss the treatment-related pros and cons of medical marijuana with patients enrolled in state-approved medical marijuana programs. However, now nearly two years after the passage of this directive, it is not uncommon to hear veterans talk about how their VA physicians are either unaware of this change in legislation or are still unwilling to discuss its use with patients due to personal biases. Additionally, many veterans are still apprehensive to approach VA medical practitioners with information about their personal cannabis use out of fear that medical record documentation will result in a loss of health benefits or other negative outcomes affecting their care.

Complicating matters further is the fact that VA clinicians may not complete paperwork or forms required for veteran patients to participate in state-approved marijuana program. Additionally, veterans cannot be reimbursed for medical cannabis when they pay out of pocket under the guidance of licensed private practitioners. Pressure is mounting to ease restrictions on veterans’ access to medical cannabis to help treat pain and other ailments. Advocacy groups like the American Legion and Disabled American Veterans (DAV) are calling for increased research into medical cannabis as an alternative pain relief option for veterans with chronic pain, PTSD and traumatic brain injuries (TBI’s). The American Legion in particular, is pushing to ease the prescription ban. Medical marijuana’s usage in the treatment of post-traumatic stress is a controversial topic among scientists and clinicians. However, there appears to be strong consensus among veterans that the VHA’s stance on medical cannabis–and what has been called a reliance on drugs such as antidepressants and opioids–is out of touch with veterans’ needs.

Policies and politics to pay attention to

DAV advocated for H.R. 5520, The VA Medicinal Cannabis Research Act 2018, a bipartisan bill intended to promote scientific and medical research into the safety and efficacy of medicinal cannabis usage for veterans diagnosed with PTSD, TBI, chronic pain and other illnesses and injuries by clarifying that research into medicinal cannabis is within the authority of the VA. Additionally, according to DAV, passage of the Veterans Medical Marijuana Safe Harbor Act (S. 3409) would empower VA physicians to issue medical cannabis recommendations in accordance with the laws of states where it’s legal. This legislation would also require the VA to conduct studies on “the effects of medical marijuana on veterans in pain” and “the relationship between treatment programs involving medical marijuana that are approved by states, the access of veterans to such programs, and a reduction in opioid abuse among veterans.”

On November 20, 2019 the House Judiciary Committee approved the Marijuana Opportunity Reinvestment and Expungement (MORE) Act of 2019 to remove marijuana from Schedule 1 of the Controlled Substances Act, which effectively legalized it at the national level. While the legislation permits states to establish their own medical marijuana policies, it creates incentives to eliminate the criminal records of those convicted of low-level marijuana offenses. The bill will next be sent to the House of Representatives for debate by the whole House where it is almost certain to be approved as Democrats control the chamber; it is likely to face a much more difficult battle in the Senate given that the leader of the Republican-majority chamber, Mitch McConnell, strongly opposes the legalization of marijuana.

Other recent bills to legalize medical marijuana, especially for use by veterans, have not made as much progress. Military.com reported that Rep. Earl Blumenauer (D-OR) has introduced the Veterans Equal Access Act, a bill to “allow VA health providers to recommend medical marijuana to their veteran patients,” in every Congress since 2014 with little success. Rep. Lou Correa (D-CA) introduced the VA Medicinal Cannabis Research Act to “direct the VA to conduct a large-scale clinical trial on the effects of cannabis on conditions such as PTSD and chronic pain.” While most veterans’ advocacy groups agree that veterans stand to gain from increased research into medical marijuana, these bills have varying levels of support. For example, Carlos Fuentes, the director of national legislative service for the Veterans of Foreign Wars, explained that the organization does not support the Veterans Equal Access Act because “it doesn’t think the VA should recommend unproven medical treatments.” This stance of not supporting legislation that allows VA doctors to recommend medical marijuana because it is an “unproven medical treatment,” is debated by many as study after study continue to show that the treatment does have therapeutic benefits.

Forbes reported earlier this month that Sen. Sanders, Vice President Biden, Sen. Warren and Mayor Pete Buttigieg released plans focused on helping service members access medical marijuana. Sanders’ plan focuses on ensuring that VA doctors “have the option of appropriately prescribing medical marijuana to their patients” in addition to making it so that “any service member discharged from the military for marijuana use or possession can apply for a discharge upgrade, so they can become eligible for the full complement of services and benefits provided by the VA.” Biden stated that his administration would “[allow] the VA to research the use of medical cannabis to treat veteran-specific health needs,” which is very similar to Buttigeig’s plan to “empower VA physicians…to conduct studies on the use of marijuana to treat pain,” and also similar to Warren’s plan to “study the use of medical cannabis to treat veterans as an alternative to opioids.”

One of the most important points to consider with regards to access to medical cannabis is that finding alternatives to prescription medications such as opioids is supported by many clinicians. The VA estimates that 68,000 veterans—about 13 percent of the total population of veterans currently taking opioids—struggle with an opioid-use disorder, yet doctors continue to prescribe the drugs for chronic pain, which VA officials claim affects 60% of veterans of deployments to the Middle East and 50% of older veterans. Given the growing crisis facing veterans–and our society as a whole–with regards to the opioid crisis coupled with ample (primarily international) research revealing positive outcomes associated with medical cannabis therapies for people experiencing chronic pain and mental health diagnoses, removing marijuana as a schedule 1 drug makes sense to many, and is good business given economic arguments about legalization which were not touched on in this article. Opening doors into clinical research of medical cannabis is a bipartisan effort that most agree is a necessary step to ensure safe use and hopefully effective implementation, including guidance that will help thousands of veterans.

Dr. Downs is an Air Force Veteran and Applied Anthropologist with over a decade of experience in research and managing projects that focus on Veteran policy, transition and reintegration, suicide prevention, military sexual trauma, and employment needs.

Téa Le, Research and Marketing Intern supporting ScoutInsight, the market research division of ScoutComms. Téa is pursuing a Bachelor’s Degree in Anthropology at the University of Mary Washington.

VA and Marijuana: What Veterans Need to Know

Disabled American Veterans: Medical cannabis as an alternative to opioids for veterans

Hero Grown: HeroGrown Foundation is the preeminent organization fighting for military veterans’ right to choose cannabis as a safe alternative.

Vets4Warriors:  A confidential peer support network for any veteran, service member, family member, or caregiver to utilize whenever issues arise, before they turn into a crisis.